The circular economy in Italy: waste processing to electricity

Waste management and turning garbage into energy and money, that is - into something useful, requires special technology and knowledge. Such a waste route is indispensable for everyone if we want sustainable development and a cleaner environment. The RTS team visited the plant of the company "Hera" in the vicinity of Trieste, whose processing capacity is 220,000 tons of communal garbage waste. The company has more than 9,000 employees, and 6.6 million tons of waste has been "eliminated" in its incinerators so far.

Respecting the concept of knowledge-based economy with modern technologies, the company "Hera" is an active participant in achieving the United Nations set of goals of sustainable development, including clean energy, unpolluted water, climate stabilization. The recycling rate in the European Union is in the rise, but the amount of recycled waste is still less than half of the total waste generated. Specific waste streams show different recycling rates, ranging from 66% for packaging waste to 39% for electrical and electronic waste.

Although it may seem complicated, the waste management process does not have to be - it all starts with the collection of communal waste and waste from production plants, which the RTS team was able to witness in the plant near Trieste. "By burning the incoming waste, thanks to the steam turbine, it is possible to produce enough electricity for the needs of about 30,000 households," Livio Russo, executive director of the waste processing plant, told the RTS portal. The company says that "Hera" constantly monitors how much its work affects the air quality in the city, ensures that the prescribed standards are respected and - publishes all that information publicly. Read more in the feature by RTS journalist Maja Stojanović. 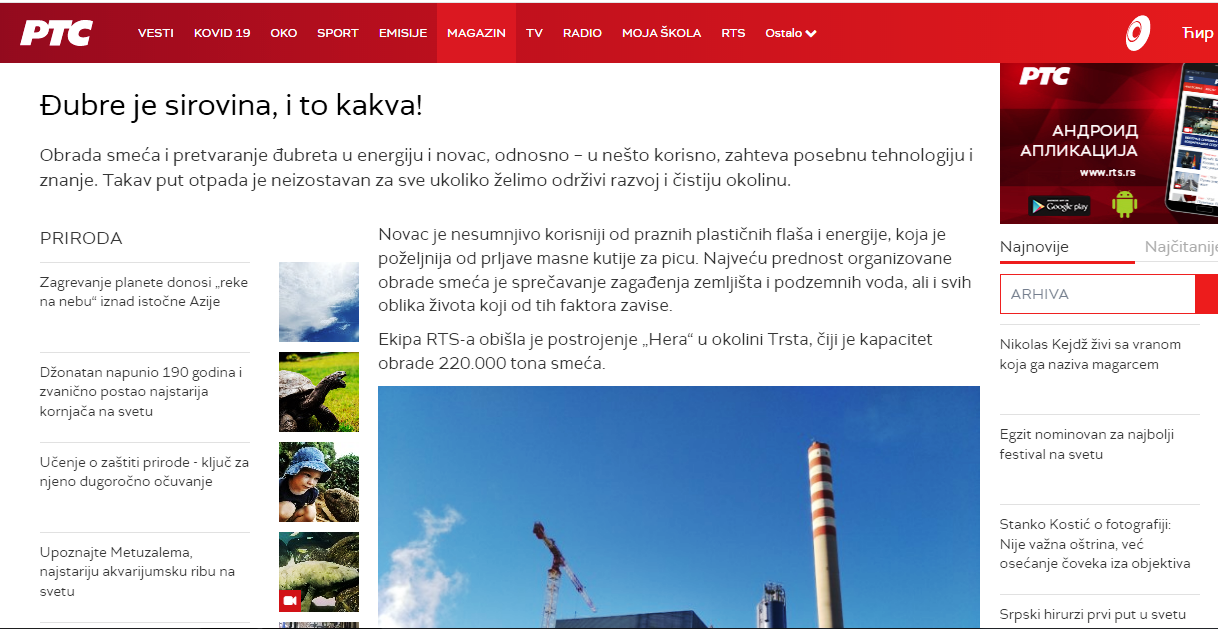