The Western Balkans and the process of enlargement of the European Union are not often a topic in the European media, and when they are, they are mostly part of a wider geopolitical story, participants at the debate "European Media and the Western Balkans" said. The online debate was organised by the Pulse of Europe – Media Trips to EU project, on 12 May 2021. The event gathered media professionals - journalists from several European countries and Serbia.

The Brussels-based web portal Euractiv editor, Sarantis Mihalopoulos, said that stories that cover the Western Balkans in detail are now rarely to be found in the European media. "It is actually the biggest challenge for a journalist - to cover the region of the Western Balkans, because we must first understand the special characteristics of that region and make those stories interesting for the Western audience," he said.

According to him, the European public is attracted if in reporting on the Western Balkans third parties, great powers such as China and Russia are involved in the story, especially if it is about the economy or energy. But, Michalopoulos added, in general "there is no great appetite in Brussels to talk about the European path of the Western Balkans", and in light of the pandemic and economic consequences, it is understandable that EU enlargement is “the last thing Europeans want to talk about now”.

The Beta News Agency Brussels correspondent, Dragan Blagojević, stated that there was a very small number of news, information, and especially analytical articles about the Western Balkans in the press in the European Union. This was also shown by the meeting of European foreign ministers held on 10 May, which, as he assessed, was very important for the Western Balkans, but received less attention in the European media than it deserved.

It is up to the governments of the EU countries to find a way to explain the importance of the Western Balkans to the citizens through the media and in other ways. The importance of the regions is, among other things, reflected in trade relations and security issues, Blagojević said.

The correspondent of the Serbian Radio-Television from Brussels, Dušan Gajić, assessed that the accession negotiations between the countries of the Western Balkans and the EU are almost not reported in the European media, except at crucial moments, such could be the opening of accession negotiations for Northern Macedonia and Albania.

What can be seen in the influential international media are geopolitical topics, because "it is becoming clear that Serbia and the Balkans are becoming a kind of geopolitical stage and that there is a geopolitical problem of losing EU influence," Gajić said.

Giorgio Fruscione, an associate of the Italian Institute for International Political Studies and a former correspondent for several Italian media, said that all the countries of the Western Balkans, especially their European integration, are absent from the Italian media. "There are two reasons for that - first of all, there is little talk in our media about EU foreign policy, so enlargement is not a topic of interest to our audience at all. The second reason is that the European integration process takes too long, so it is not a fresh news," Fruscione said. .

Marion Dautry, an AFP journalist in Belgrade and a former correspondent for the French newspaper La Croix, said that European integration of the Western Balkans had never been the only topic of her articles. "I wrote about human stories, about solidarity, about environmental protection, these are topics that also exist in France. European integration was in the background of those stories, "she added.

The debate was organised in cooperation with the Euractiv.com web portal, as well as the EU Info Center in Belgrade, with the aim of bringing the EU and the European integration process closer to the public. 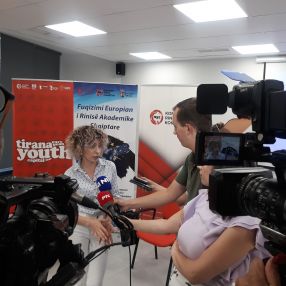 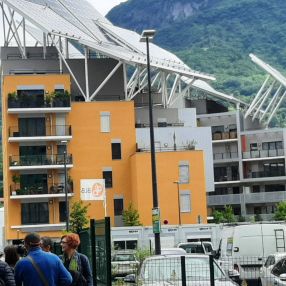 The Pulse of Europe in France: how Grenoble became the European Green Capital 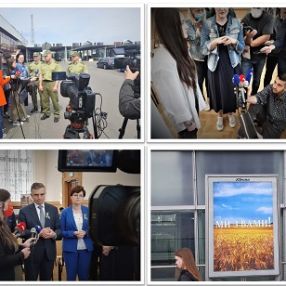 The Pulse of Europe in Poland: with all the heart and strength for Ukrainian refugees 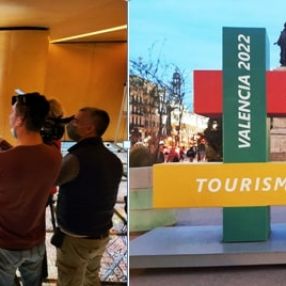 Pulse of Europe in Spain: about urban mobility, smart cities and tourism