Fourteen journalists from ten Serbian media outlets had the opportunity to explore what are the advantages of EU membership and what that means for citizens during a media trip to Romania, from 9 to 15 October 2022. Within the media trip, organised by the Pulse of Europe project, journalists visited several cities in Transylvania, as well as the capital Bucharest. The programme included meetings with representatives of central and local authorities, as well as of the civil sector and tours of EU-funded projects. This was the basis for journalists from RTS, Radio-television Vojvodina, N1, Tanjug, the daily papers Politika and Nova, Radio Belgrade and Radio Novi Sad, as well as the weekly Vreme and the portal Ist Media, to start their reports.

The freedom to work, travel and study is what citizens recognise the EU the most, according to Oana Popescu from the non-governmental organisation Global Focus. The most advanced sectors in the country are the ones that were most emphasized during the accession process, namely the rule of law and anti-corruption, she added.

The fight against corruption emerged as the most important topic, after the visits to the National Directorate (DNA) and the National Integrity Agency (ANI). The prosecutor of the National Anti-Corruption Directorate, Anka Jurma, presented to Serbian journalists the history and results of that institution for 20 years of its work: 15,000 people were sent to court on charges of corruption, including two prime ministers, 100 deputies, 400 mayors. "For us, no one is untouchable and that has led to a change in the mentality of our citizens," prosecutor Jurma told us, stressing that political will was key to DNA's success. In the text on the front page, Politika gives more details. 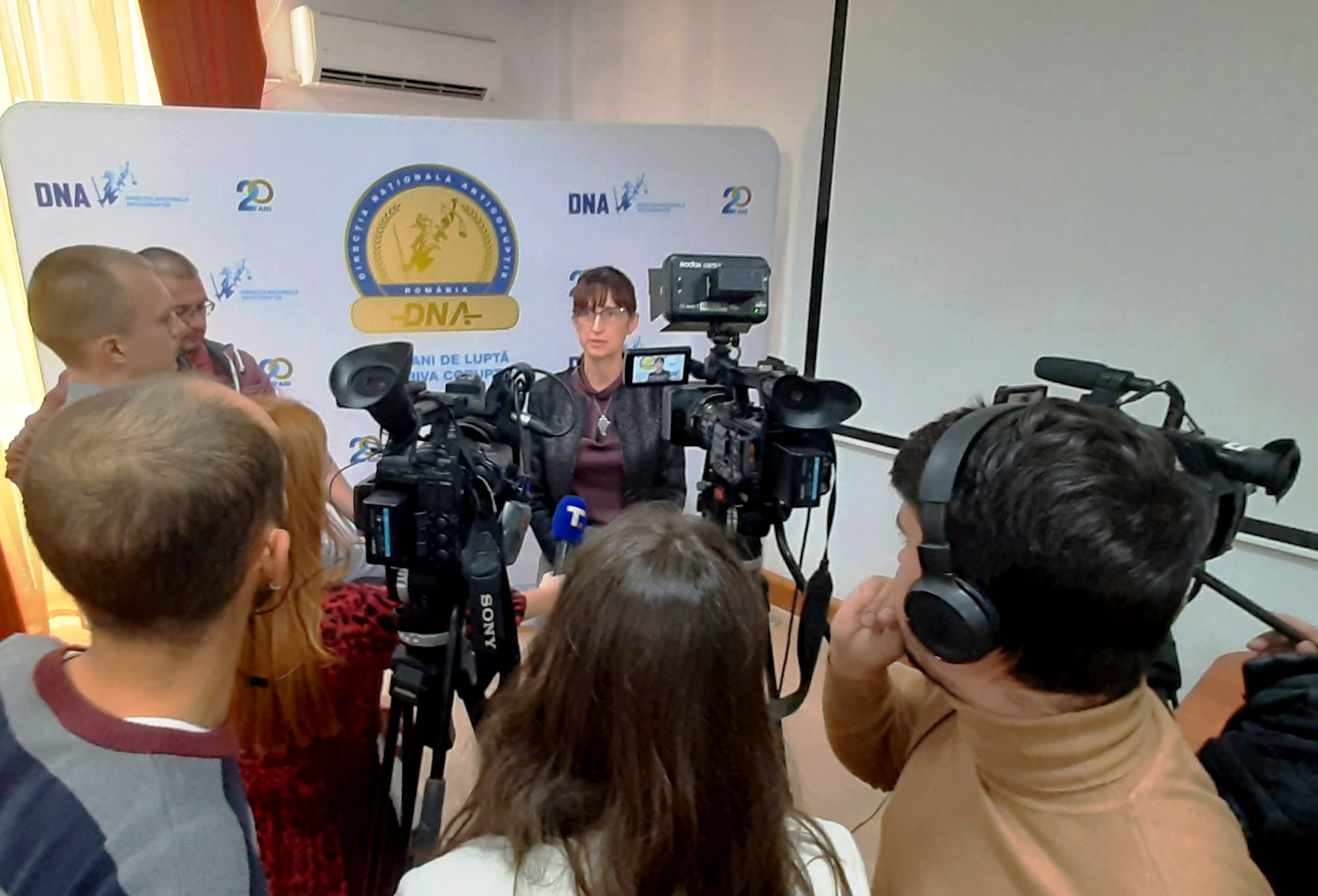 The administrative fight against corruption is conducted through ANI - the National Agency for Integrity, which works on the prevention of corruption. Out of 105 employees, 55 are inspectors who are currently working on 77 cases. Since 2007, when it was founded, ANI has prevented the outflow of as much as 290 million euros.

Apart from the fight against corruption, Romania was also successful in using EU cohesion and structural funds, which the participants of the media trip were able to see in Transylvanian cities. Thus Alba Iulia, with its 74,000 inhabitants, thanks to agile and professional local administration, managed to use 200 million euros of EU donations in the last 15 years. With those funds, the fortress was renovated, public transportation was improved as well as the energy efficiency of public buildings, hospitals were renovated, project manager in the city administration Tudor Drambarean told us. The city is on its way to becoming the first "smart city" in Romania, and is already an important tourist center. More in the report of Radio-television of Vojvodina, programme in Romanian. In the immediate vicinity of the city is the first digital village in Romania - Ciugud, whose motto is "Ciugud - too good to be true". That it is not an "ordinary" place can be seen at first glance: the village is covered by a wi-fi network, the local gas station is dominated by chargers for electric cars, and the primary school is equipped not only with smart boards, but also with a system for monitoring the air quality in the classrooms and a robot for recycling. Ciugud attracted 40 million euros, the president of the municipality, George Damian, said

Investments were also large in agriculture, for which perhaps the best example is the village of Baleni in the Dambovita district, where, with EU funds, farmers got a chance for new greenhouses covering 800 hectares, so that village now covers more than seven percent of the entire Romanian market of vegetables. The participants of the media trip had a pleasant surprise when they were welcomed in Baleni by schoolchildren in Serbian national costumes: the village with as many as 8,700 inhabitants has a Romanian and a Serbian part where descendants of Serbs from Macedonia who came there in the 17th century live. More in the Radio Belgrade 1 report.

In Oradea, journalists visited the thermal power plant built with the EU funds and saw how the city and its surroundings are now practically energy independent and there is no need to import energy sources, as Tanjug writes in his report, published by Blic. Radio Novi Sad devoted an entire show in Romanian to the same topic.

A visit to Romania had to include a tour of Bran Castle, better known as Draculin, as well as a short tour of Brasov. Thus, journalists and members of the project team had the opportunity to visit a good part of Transylvania, one of the most important Romanian tourist destinations.